Halil Kaya Gedik is one of the first international welding engineers of Turkey, graduated from the Machinery Technician Department of Istanbul Yıldız Technical School in 1953. He continued his education in Germany Staatliche Universitat Konstantz and after getting his mechanical engineering diploma completed the International Welding Engineering Program at DVS German Welding Society and specialized in this field.

During his studies in Germany, worked in various parts of the MAN factory.

Halil Kaya Gedik, started his career in Turkey in the Welding Group of Eskisehir State Railways Factories in 1957 and in the beginning of 60’s was involved in the Project of Turkey’s first indigenous car called “DEVRİM”.

He has continued his efforts in the welding field in private sector since 1963 and has established electrode, casting, valve and welding machine factories in this order. Halil Kaya Gedik introduced investment casting technologies to Turkey established the first plant in casting with this method.

Halil Kaya Gedik who played a leading role in the growth and development of the Turkish welding industry, has many publications and books on welding science and technology translated to a different languages.

In order to spread the International Welding Engineering Education and to convey it to large masses in Turkey Halil Kaya Gedik established Gedik Education Foundation (GEF) and provided various educational opportunities in the field of welding.

In addition to his successful industrialist identity, Halil Kaya Gedik has completed many projects as a training volunteer. Therefore, in 2007, Halil Kaya Gedik was awarded by the Grand National Assembly of Turkey with "Distinguished Service Medal".

In 2010, to strengthen industry-university cooperation in Turkey and to contribute to the training of qualified specialists he was established the Istanbul Gedik University.

Halil Kaya Gedik, who holds the Honorary Doctorate title of Uşak University, believed in the importance of teamwork with the value he gives to people in working life. Arguing that everyone should improve themselves by doing business faster and more agile than the previous day, he has adopted the mission of creating an R&D based infrastructure with the aim of reducing the dependence on technology and knowledge with its tireless entrepreneur side.

One of the first welding engineers in Turkey, the Founder of Gedik Holding and Istanbul Gedik University died in 14th of August, 2012.

Today Gedik Holding rises on the principles determined and established by our founder Halil Kaya Gedik and makes investments in this direction.

Corporate
About Us Our Founder Letter From The Chairman Social Responsibility Quality Certificates Our Policy Our Mission Our Vision Hendek Production Facility
WELDING AND CUTTING MACHINES WELDING ELECTRODES, WIRES AND FLUXES WELDING EQUIPMENT AND ACCESSORIES ABRASIVES 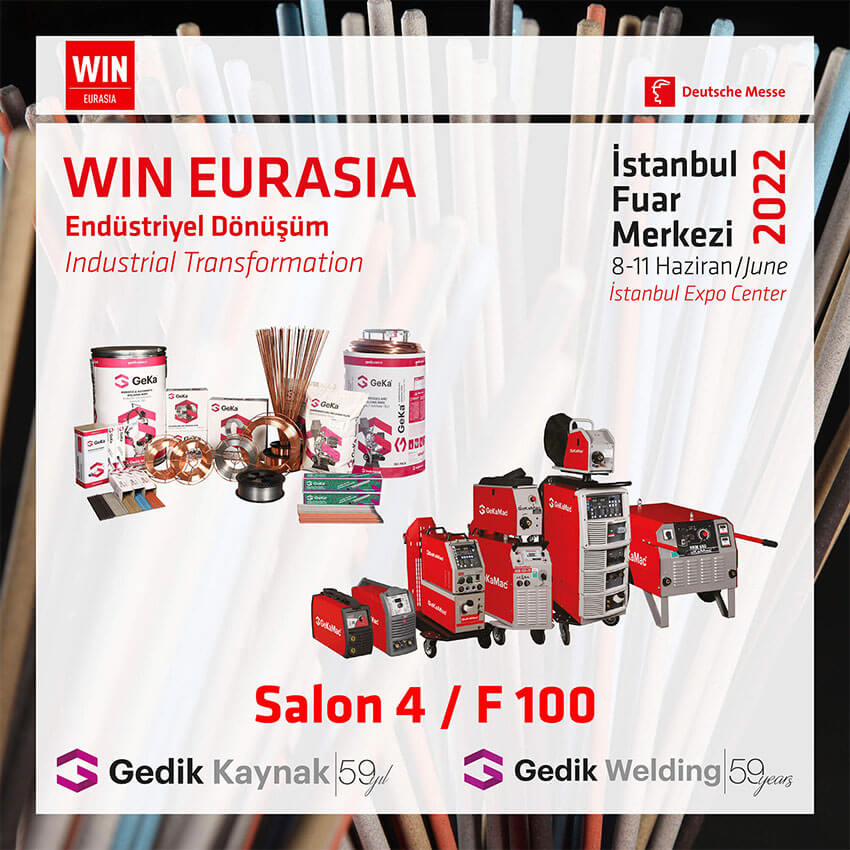